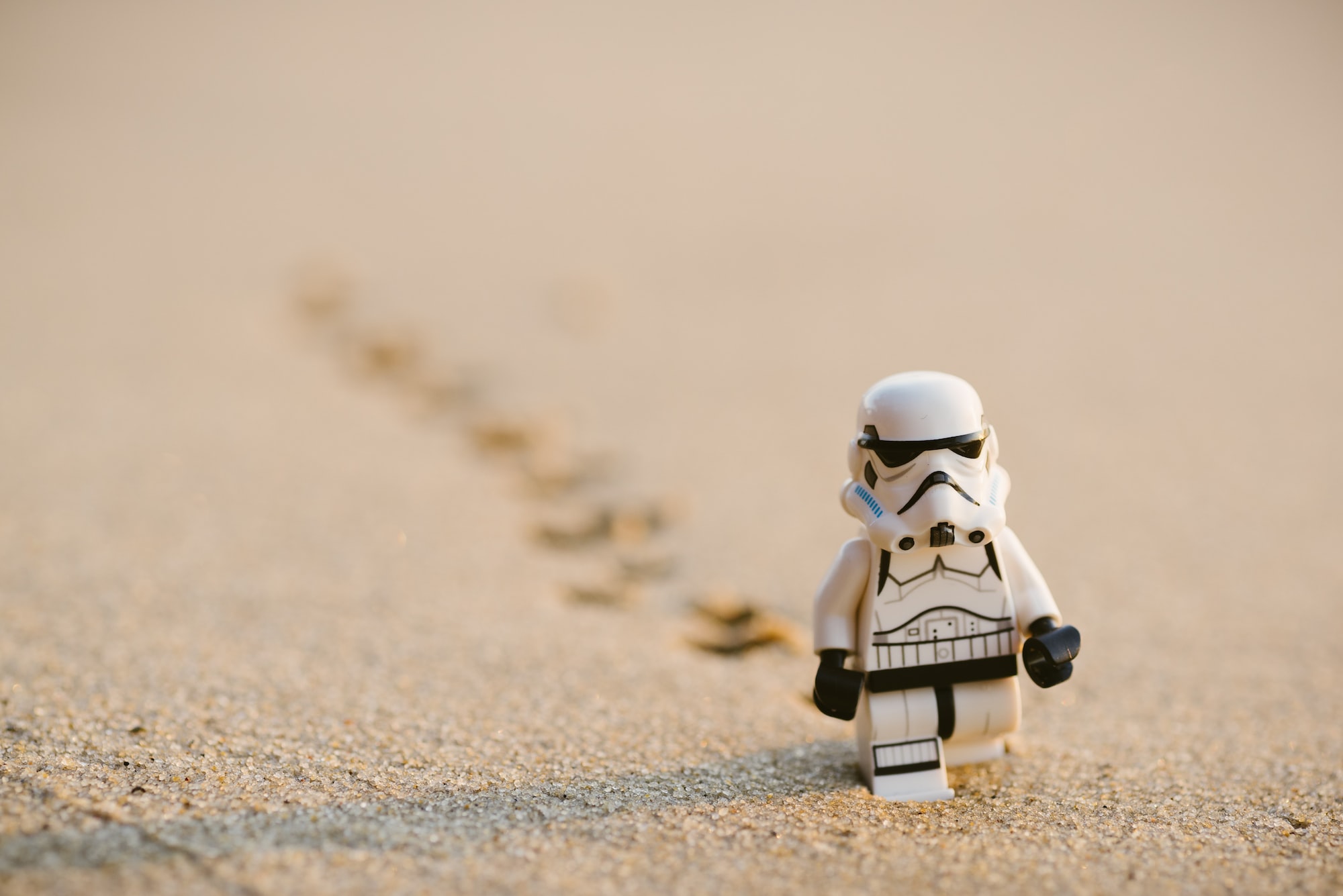 Be aware of the fake influencers on social media!

As social media users, we do not connect only with the people in our inner circle. We build our network by following many famous names and personas.

We want to hear from them because we are interested in their lives. Sometimes, we want to be inspired by their way of living, what they consume, what they eat, etc.

Also, there are moments we wonder about a product or service that we are interested in. Our search is not limited to the websites of products or services. Some people use social media platforms to introduce, review, comment, criticize and try products, services, and experiences.

Hence, influencers are the undeniable parts of social media marketing.

Who are the influencers on social media?

An influencer is someone who has an impact on the way of living of other people. They can influence what people choose, learn, purchase, consume, etc. As the use of social media has increased, more people have begun to get recommendations and new ideas from the people on the Internet to make decisions.

People trust the influencers since they have particular knowledge, experience, powerful status, approved authority, and a wide range of networks.

They almost routinely publish content about specific topics on social media platforms they choose to exist. They gather many people excited and interested in their social profiles and what they share. People become very engaged with the posts of the influencers and follow them closely.

They are the parts of marketing, especially on social media. Companies, brands, and organizations want to conduct a professional relationship with the influencers. They have realized that the influencers can generate trends, promote products, make people buy things, and significantly raise trustworthiness for a brand among their followers.

Therefore, companies need to be careful when they decide to initiate a partnership with an influencer. There are fake influencers on social media, which might cause disappointing and harmful consequences for your brand or organization.

Who are the fake influencers on social media?

Basically, the fake influencers are the regular social media users, who appear as if they are influencers. They can publish posts that seem excellent like an influencer does.

Nevertheless, there is a vital distinction that fake influencers cannot do. They can have large numbers of followers on their social media profiles, but most of the followers are not real people. They are not able to generate engagements with real people and have an impact on them.

In other words, they get many fake and bot social media accounts following them and liking and commenting on their posts. For this reason, they can create an illusion that they address real human users and have the power to influence those people's decisions and ideas.

There are mainly three ways of deceiving the audience and companies as fake influencers.

Nevertheless, none of these automatic actions can bring a genuine effect.

There are pod groups that are organized to act together in order to increase the engagement of an account. They are real people trying to grow an account in a planned way.

The high numerical appearance can give an impression that accounts having an enormous number of followers are popular enough to reach people as such number.

Purchasing followers is one of the ways that fake influencers use to mislead brands and other social media users.

Why is it crucial to be cautious of fake influencers?

Imagine that you want to launch a product and need to advertise it through the medium of an influencer's network. You trust the influencers and invest in their capacity to increase the brand awareness of your company or organization.

If it is a fake one, it would have damaging effects on your resources, the time you spare, and brand reputation.

The aspect of the economic affairs

If you pay for a fake influencer, it will damage your financial resources since you will get nothing in return from fake and bot users on social media. Notably, small companies and start-ups can be damaged by this empty transaction.

One of the worst parts is that you might not notice that you are giving money to a fake influencer to impact fake and bot accounts for a long time.

In other words, people might not trust the products and services of your company or the cause of your organization due to the fake influencers.

How to detect fake influencers?

A partnership with influencers has become one of the favorable components of social media marketing. There is no need to dismiss the idea of preparing campaigns with social media influencers. Just be careful not to conduct projects with fake ones.

1. The number of followers

However, many real influencers have gotten new followers in a period, instead of sudden moments.

When the social media strategies of your company or organizations are applied, they need to be controlled if they are effective or not.

Looking at the ratio between the followers and engagements that the influencers get is one of the ways you can see to what extent the influencer can pull the people's interest.

The fake and bot accounts constitute a massive part of the followers of the fake influencers. For this reason, in most cases, there is no high amount of engagement on the posts that fake influencers publish.

If the engagement rates of the posts are similar to each other, this might be one of the signs indicating a profile of a fake influencer.

In addition to the relationship between the number of followers and engagements, the characteristic of the engagements is also a way of detecting fake influencers.

Sometimes, fake influencers purchase engagements. These would be

-comments like templates such as "great", "very good", "nice",

-that there are fake engagements that involve only emojis,

For sure, the genuine influencers get standard comments, too. Nevertheless, there are many comments coming from real human users. They ask questions, indicate what they like or dislike, and talk about the content of the particular post.

The social media policy of Twitter and Instagram is based on generating a space for genuine interactions between human users. Hence, these two platforms want to prevent any element that can deceive their users.

There are two policies related to fake influencers. One is "financial scam policy" and the other is "impersonation policy". Twitter users who try to operate fraudulent actions in order to get money or information breach the financial scam policy, while pretending as if another person in a deceitful way violates the latter.

Step #3: Click on "Report" and choose the kind of violation you want to report. In this case, you may click on "They are pretending to be me or someone else".

You can also prepare a file for the violation.

Step #3: Choose the issue indicating how the tweet is suspicious or deceitful.

Instagram allows the users to report accounts that are violating Community Guidelines. You can both notify the posts and the profiles. In the case of fake influencers, the relevant issue for the posts is "fraud or scam", and for the profiles is "pretending to be someone else".

You can report through the steps below.

Step #3: Click on "Report" and choose the issue. For example, you can select "fraud or scam" to report a post of fake influencers.

Or, you can report directly the profiles.

Step #1: Go to the profile of the fake influencer.

Step #3: Click on the "Report" and select the relevant issue for the fake influencers.

How to detect fake followers and influencers

One of the fundamental issues with fake influencers is their network. You might not be sure whether the number of followers reflects a substantial engagement and impact on the audience.

You can utilize social media management tools to find out the data need to interpret whether an account is a fake influencer or not. Circleboom Twitter has highly beneficial products and useful features.

Step #1: Go to the main page of Circleboom.

Step #3: You can find the "Search" feature in the sidebar on the left-hand side of the dashboard.

Step #4: There is a detailed search engine. You can enter the word on the search bar.

There are two areas you can investigate. One is the followers part, and the other is the friends (following) part of the Twitter account you are interested in.

You can search a keyword peculiar to a specific subject, which would make you arrive at the influencers.

Step #5: You can filter the search by using the different options on the browsing engine.

You can hide the egghead, inactive, and protected accounts. If you do not want to see the accounts you have looked at through Circleboom's Search tool within particular days, you can arrange the browsing based on this situation.

Here, you can get help from the video instruction below.

After following the first two steps, logging in to Circleboom Twitter, you can navigate the "Circle tool".

Step #4: After clicking on the fake/spam part, you can use the tool to detect fraud.

You can narrow the browsing through the filters.

There is a video instruction below.

Building partnerships with influencers has become a common part of effective social media strategies. They can successfully insert your products, services, or cause in their life they share on social media platforms. It is a way that your brand or organization is trusted.

However, there are fake influencers you need to avoid. They have no power to affect real people's decisions, ideas, or demands. It would damage your campaigns and your brand's position on the market. To protect your company from fraud, you can control the supposed influencers' social media metrics and engagements. You can benefit from Circleboom Twitter which has very useful management tools to check the followers and friends of a Twitter account you want to investigate its connections. Social Commerce: Why is it important & How does it work